The Chorale is starting off the 2017 year with an open full day rehearsal on Sat 4 Feb, from 10am-4pm, at St Luke’s Uniting Church, 174 Barrabool Road, Highton.

We will be rehearsing music for our first concert of the year, a progamme of American-themed items.

All singers are welcome to this open rehearsal. Come along and see what the Chorale is all about.

The Geelong Chorale community congratulates you both.

ALLISTER Cox is living life on both sides of the music stand guiding local choir groups and musicians to achieve their potential. 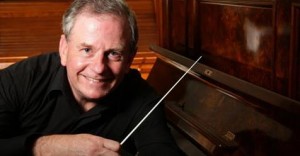 FOR more than 30 years the tones of tenor John Stubbings have rung through Geelong’s churches, stages and classrooms. 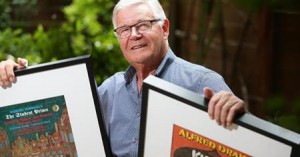 MEDAL (OAM) OF THE ORDER OF AUSTRALIA IN THE GENERAL DIVISION
Australia Day 2017
Mr Allister Mark COX, South Geelong Vic 3220
For service to orchestral and choral music. Service includes:
Conductor, Geelong Community Orchestra, since 2005.
Conductor, Geelong Chorale, since 2011.
Musical Director and Conductor, For the Joy of Singing the Classics, since 2012.
Clarinettist, Singer and Conductor, Music at the Basilica, current and Committee Member, ongoing.
Performer and Musician with a range of theatre companies including Geelong Society of Dramatic Art and Geelong Lyric Theatre and Theatre of the Winged Unicorn and Melbourne Opera, ‘for many years’.
Church Music:
Cantor, Chorister, St Mary of the Angels Basilica, Geelong, current.
Chorister and Cantor, St Francis’ Catholic Church, Melbourne, ‘for many years’.
Professional:
President, Geelong Music Teachers’ Association, 2006-2013 and Vice President, ‘for many years’.
Music teacher, Clonard College, since early 1980s and Sacred Heart College, since 1985 and Geelong Grammar School, since 1995.