The Western District Choral Festival, 2018 was hosted by The Geelong Chorale and held at the School of Performing Arts and Creative Education, Geelong Grammar School on June 17, 2018

The venue, titled ‘SPACE’, for ‘School of Performing Arts and Creative Education’, turned out to be a sparkling new theatre complex built inside the environs of Geelong Grammar’s Corio campus.

And it proved to be perfect for this non-competitive gathering of choral groups from Victoria’s Western district.
But that intro, too, was a little misleading, for 12 of the 14 choirs were from Geelong, and rather than a gathering, this presented as a glorious celebration of group singing.
Those 14 choirs brought the width and depth, the textures, colours and diversity of sung music, from folk songs to high opera, jazz to classic pop, in a smoothly-organised procession over two hours with just a ten-minute leg-stretching break.
And in the process, they created an afternoon of musical joy for its fortunate audience.
The show began with event hosts, The Geelong Chorale, displaying its delicacy of tonal excellence with ‘O Radiant Dawn’, followed by a happy rendition of the traditional Christmas ‘Wassail’. It ended with the venue’s hosts, the Choir of Geelong Grammar School making a glorious job of Freddy Mercury’s ‘Bohemian Rhapsody’, followed by an all-on-stage – 400 voices, according to MC John Stubbings – version of Toto’s ‘Africa’. This had everybody in the room singing do-do-do do-do doop doop dooo.. and blessing the rains down in Africa – while hoping the rains in Geelong would hold off to allow them a dry walk back to the car park.

The time in between was filled with fine music and delightful memories. The Colac Chorale brought gentle treatments of folk spirituals with ‘Black is the Colour’, ‘The Water Is Wide’ and ‘Wade In The Water’; followed by Geelong group Wonderous Merry, who continued the wet theme with ‘Soon It’s Gonna Rain’ but negated the concept by singing ‘Dem Dry Bones’ – complete with an illustrative string-puppet skeleton – as their final number.
The Apollo Bay Community Choir was next, presenting a trio of joyfully warm African-styled rhythmic numbers from their Gitika Partington songbook, including one written by the gloriously named Three-Bucket Jones.

Then came the all-female Geelong Harmony Chorus presenting vocals as sparkling as their costumes, along with some neat prestidigitation as they conjured roses while singing about ‘Looking At The World Through Rose Coloured Glasses’.
The Geelong Youth Choir began small, with its six-member Chamber Choir before expanding to 30+ voices to present its witty, clever ‘Painless Opera’ – then expanding further by melding with their adult group, Raise The Bar, to bring a little happy clapping Arabic magic with ‘Sih’r Khalaq’.
Alone, Raise The Bar gave a preview of their forthcoming GPAC play appearance with ‘We’re All Here’, then reunited with the Youth Choir to sing a cheerfully spirited ‘Jabberwocky’.
Geelong’s Jeanette John conducts two choirs, one all-female, the other all-male, and they presented back-to-back. Her Geelong Welsh Ladies Choir opened with a Welsh hymn before moving to the classic show tune ‘Wouldn’t It Be Loverly’, while Jeanette’s men, the International Harvester Choir, started with a spiritual, ‘Cross The Wide Missouri’, before presenting ‘Bring Him Home’ from Les Miserables and finishing with a pop version of Verdi’s chorus of Hebrew Slaves in ‘Speed Your Journey’.

Sing Australia’s Geelong group displayed crisp vocal clarity in their trio of songs that started with ‘Catch A Falling Star’ and finished with a plaintive ‘Take Me Home’. Then followed Vox Box, bringing bright Billy Joel and joyful ‘Java Jive’ before a gentle spiritual ‘Deep River’.

The U3A Geelong Choir kept that gentle flow going with a delightfully sparse version of WB Yeats’ ‘Down By The Sally Gardens’, before lifting the tempo with the Rice-Webber showtime ‘Any Dream Will Do’. This segued neatly to the Geelong College’s Community Choir’s medley of songs from the Four Seasons’ Jersey Boys musical – and this led to the immaculately blue-blazered entry of the Grammar School Choir to sing a spirited ‘Jerusalem’, a gentle ‘Can’t Help Falling In Love’ – then that wonderful ‘Bohemian Rhapsody’ before the all-on-stage finale.
In total, everything came together; the superb venue, the different personalities of choirs and wide variety of their content to create what was simply a wonderful afternoon of joyful song.

Many thanks to Helen Lyth of The Choral Grapevine for her wonderful photos of the event. 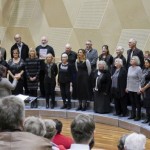 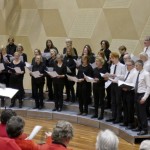 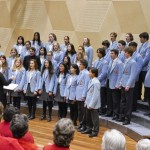 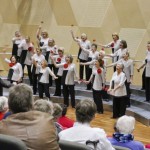 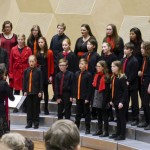 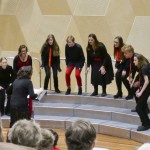 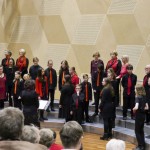 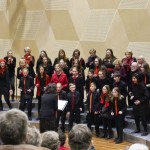 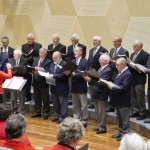 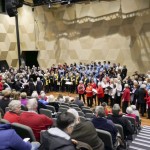 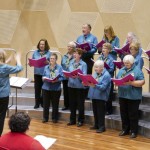 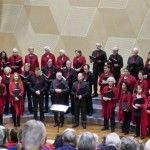 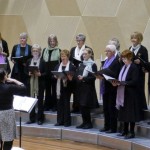 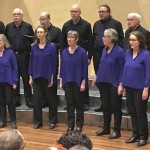 Thanks to Helen Lyth of The Choral Grapevine for her article on this Singing the Classics afternoon. 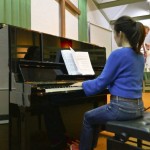 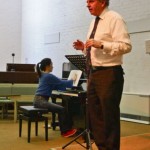 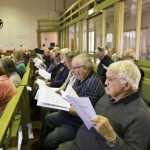 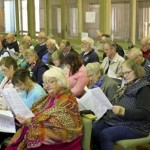 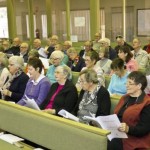 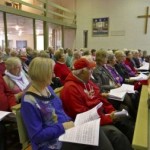 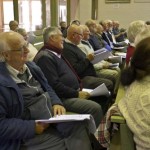 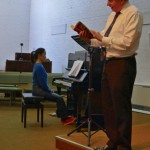 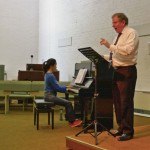