Geelong-born musician, Allister Cox OAM, is active as a teacher, performer and conductor, and is involved in the planning and presentation of much music in the region. 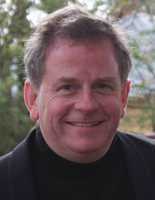 tist, he has performed with various local and metropolitan ensembles, most recently with the Melbourne Opera Orchestra. As an instrumental music teacher, he works at Geelong Grammar School, Clonard College and Sacred Heart College.

Allister is cantor at St Mary’s Basilica, Geelong. Although trained as an instrumentalist, Allister has thirty five years’ choral experience, including membership of the then Melbourne Chorale (occasional and chamber choir), the Victoria Chorale and St Francis Choir, Melbourne. He has also appeared in a number of principal roles for Theatre of the Winged Unicorn, and he conducted the Geelong Community Orchestra for ten years.

Allister was awarded the Medal of the Order of Australia (OAM) for service to orchestral and choral music in the Australia Day Honours, 2017.

Allister commenced in the role of Musical Director of The Geelong Chorale in 2012.